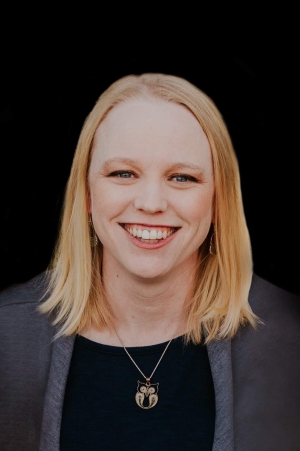 Historic preservation professional Anne Shaw of Kokomo has been named executive director of the Howard County Historical Society and will take over the reins of the organization Nov. 1.

Shaw was selected by the HCHS Board of Trustees based on her educational, professional, and volunteer credentials. She is coming to HCHS from her most recent position as a principal investigator at Clark Dietz, Inc., a civil engineering services firm in Indianapolis.

“We are very excited to be welcoming Anne into the position of executive director,” said HCHS board president Linda Ferries. “We look forward to working with her to move the HCHS forward in our mission of ‘collecting, preserving and sharing the diverse history of all peoples of Howard County.’"

Shaw has been involved with the historical society as a volunteer since she and her family moved to Kokomo five years ago, including service on the HCHS Board of Trustees from 2019 to 2021. As a volunteer, Shaw has helped to create the Hall of Legends videos for the past two years and helped write the successful grant that funded $50,000 of the cost of restoring the Seiberling porte cochere.

For over 20 years, Shaw has worked for several firms as a principal investigator in architectural history and archaeology, responsible for project management, project proposals, budgeting, client interaction, fieldwork, and marketing. She has taught historical archaeology in an undergraduate/graduate crossover class at University of Indianapolis and led recruitment, programming, event planning, membership, and finances for the Crawfordsville/Montgomery County Chamber of Commerce from 2015 to 2017.

“I am humbled and excited to be chosen as executive director of the historical society,” Shaw said. “Following in the footsteps of amazing previous directors is a privilege and I am looking forward to guiding the organization forward as we continue working to tell Howard County’s diverse history.”

Shaw resides with her husband and their blended family of four children in the historic Old Silk Stocking neighborhood and looks forward to being able to walk to work. She spends her time shuttling kids to and from activities and talking pictures of old houses to post on her Instagram account, @anne__archie, which has almost 11,000 followers.