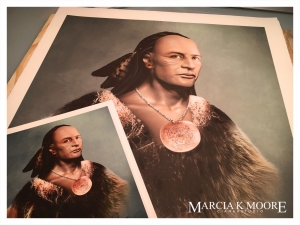 The story behind the new Chief Kokomo Portrait

Bringing A Portrait To Life
BY Gil Porter
Re-imagining the past is a priority for Marcia K. Moore, the Florida-based visual artist David Foster commissioned to create the new depiction of Chief Kokomo.
“I’ve long been interested in ‘re-patriating’ the appearance of ancient peoples, as an effort to both help make history more accurate and to better understand what came before us,” Moore said in a recent interview.

Moore, whose first name is pronounced “mar-SEE-uh,” is an Iowa native who earned a bachelor’s degree at Iowa State University in graphic design and illustration with a concentration on Native American cultures. She has long been drawn to areas of geographic importance for native and ancient cultures, such as New Mexico a 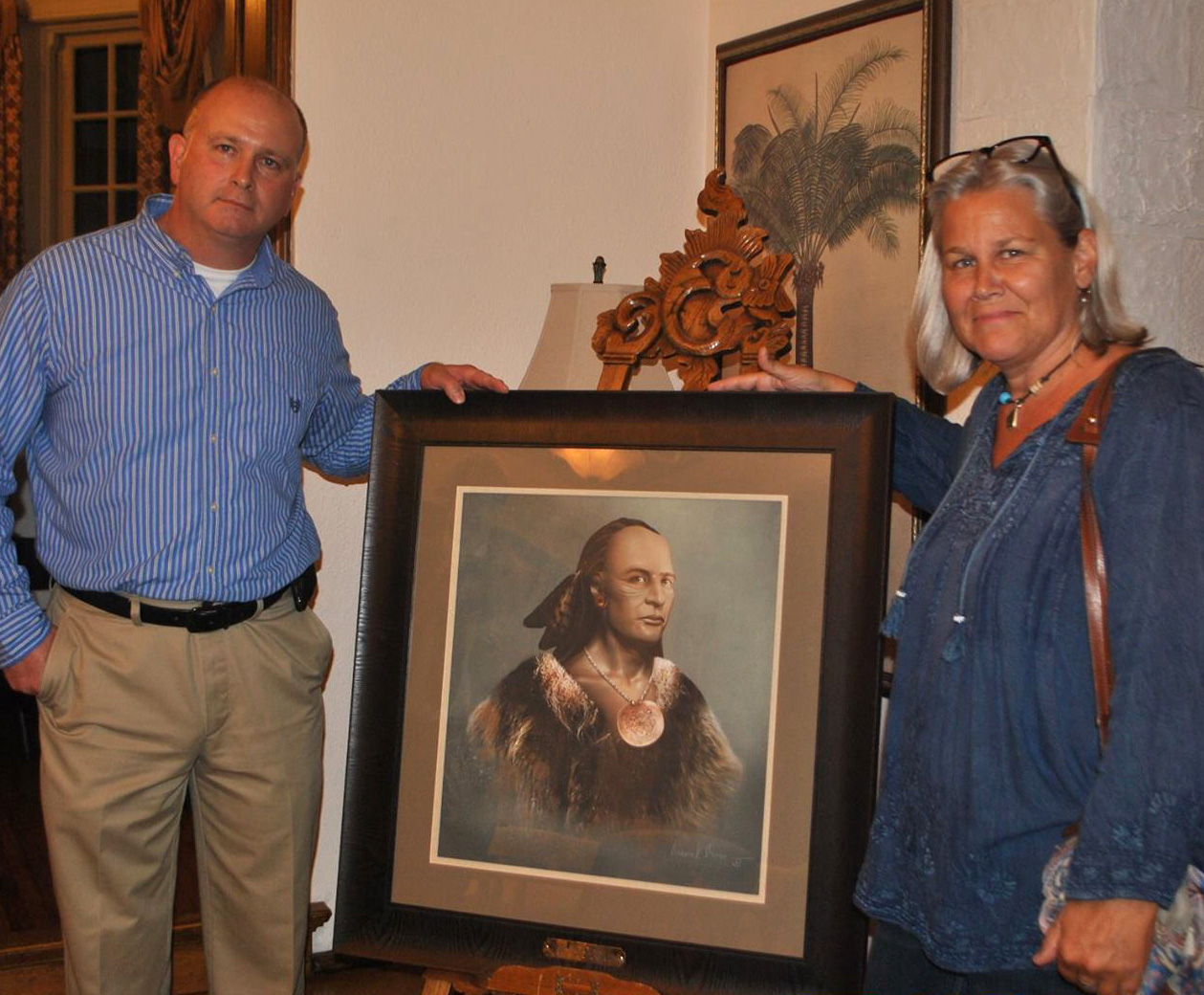 nd Florida, and recently has been recognized internationally for her forensically based 3D visual reconstruction work of the “elongated skulls” of the Paracas culture (circa 500 BCE), in what today is the Ica Region of Peru in South America.

It was this reputation that led to the contact with Foster, who was seeking to update long-accepted but historically questionable depictions of Chief Kokomo, the legendary Native American for whom the north-central Indiana town was named.

Moore approached the project to create a modern view of Kokomo by drawing on what’s known from the past. She worked from research Fo
ster had compiled, as well as skull data provided by the Virginia-based archeological research team of Jason Farrell and Sarah Farmer. The research team specializes in
the study of prehistoric North America “giant” peoples of the mound builders era, known as “tall ones.”

“There was no information per se about the historical person’s appearance,” Moore said, “so I used the details David provided combined with known cranial data from the mound builders timeframe. David wanted to show him as a ‘tall Indian’ in line with the Adena / Hopewell culture.”

Although trained as a traditional visual artist, Moore incorporates the latest digital tools to produce her work. Kokomo started as a 3D digital “wireframe” model on the computer, allowing Moore to create various animations and poses and view the work from any angle, which helps to ensure symmetrically accurate dimensions for the head and skull.


The wireframe image is then exported to Adobe Photoshop, where Moore works with the image-editing software’s digital paint tools to create the proper texture enhancements and feature details, like skin color, background shading, and the regalia. For Kokomo’s attire, Moore worked from information provided by Foster and the Miami Nation of Indiana to ensure the bear skin, the shell gorget, and even the haircut is authentic. “The costume details were critical,” Moore said, “and the final representation really directs you in the right way historically.”
The nearly complete image is output as a large-format digital print on watercolor paper. Moore, ever the traditional mixed-media artist, then actually applies final touches, like subtle shading enhancements that are difficult to do digitally, with pencil and watercolors right on the printed image itself.
Note: the new portrait is now on display in the Howard County Museum (Seiberling Mansion), 1200 W. Sycamore, Kokomo, IN