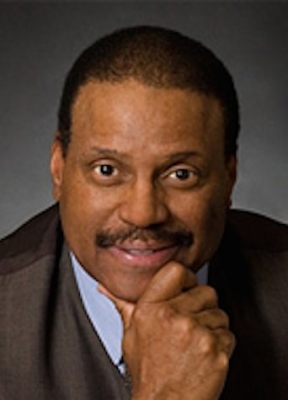 Bob Knowling is more than a successful corporate and business leader. He’s been a leader in the implementation of digital communications. He’s an author, a mentor, volunteer and philanthropist. But he wasn’t born into that life.
Knowling was born in Kokomo in 1955. He is one of 13 siblings and credits the Kokomo YMCA with filling some of the voids in his life, teaching him character and Christianity, as well as swimming and sports. As a result, he’s been a lifelong supporter of local and national YMCA programs.
His early experiences drove Bob’s thirst for success. He is quoted by the Financial Times as saying he wanted to prove an African-American could succeed despite racism. That determination helped him earn athletic scholarships at Wabash College in Crawfordsville, where he received a BA in theology. He followed up with an MBA from Northwestern University.
In 1977, Knowling went to work for Indiana Bell, moving through departments and promotions and building his track record. After Indiana Bell merged with Ameritech, he was put in charge of restructuring the new entity, and then promoted to Vice President of Network Operations. US West succeeded in luring him away in 1996, as their Executive VP of Network Operations and Technology. During the next two years, he pushed for the company’s development of new internet-based services.
Covad then tapped him for Chairman, President and CEO in 1998. They were a Private Equity/Venture Capital backed start-up company located in Silicon Valley. Knowling led the company through its rapid growth and Initial Public Offering to become the largest and most recognizable brand in the high-speed Internet access industry.
From 2003-2005, Bob was CEO of the NYC Leadership Academy, an independent non-profit organization that is chartered with developing the next generation of principals in the New York City public school system.
Knowling is presently the chairman of Eagles Landing Partners, which specializes in helping senior management formulate strategy, lead organizational transformations, re-engineering businesses, and executive advising to CEOs. He has served on numerous corporate and non-profit boards. His book, "You Can Get There from Here: My Journey From Struggle to Success", was published in 2011.
✖