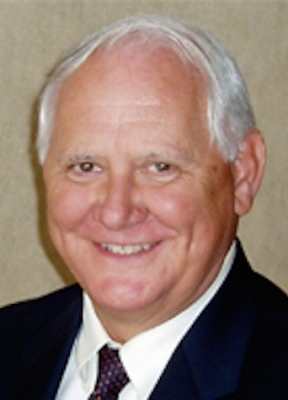 Del Demaree, Jr., is Chairman of Syndicate Sales, Inc., Kokomo's largest family-owned local business. Del began his career as a young boy working alongside his father, and company co-founder, Del Demaree, Sr. During his early years with the company, Del learned the values of stewardship, hard work as well as honoring customers, creditors, and employees. He also understood and modeled the importance of volunteerism and community service.
Demaree graduated from Kokomo High School in 1955 and Indiana University in 1963. He assumed leadership of the company in 1967 during a period of financial challenges. Applying values he learned as a young boy, Del guided the company through times of uncertainty and established Syndicate Sales as a leader in the manufacturing and distribution of floral hardgoods in the United States. Today Del’s company employs nearly 300 people in Kokomo.
Demaree's service to the community is diverse and significant. Del is a past director of First National Bank of Kokomo, is a former chairman of the Industrial Steering Committee, and has served as president of the local Chamber of Commerce, the United Way of Howard County, the Y’s Men, the Kokomo-Howard County Progress Committee, and is a 1985 recipient of the IUK Chancellor’s Award. Del has served on the IUK Board of Advisors and is a member of the Hoosier Hundred. He has also served the community as a member of the Kokomo Symphonic Endowment Board of Trustees and a member of the prestigious DIV’s.
Del's influence in his industry is also well documented. He is a past president and director of the Society of American Florists, a past chairman of the American Floral Endowment, past treasurer and director of the Wholesale Florists and Florist Suppliers of America, and has served on various sub-committees working to promote, strengthen, and enhance the marketplace his chosen industry. Del was also once recognized with an Honorary Grandparent of the Year Award in 1983 for his efforts to create awareness for the importance of Grandparents’ Day nationwide.
✖