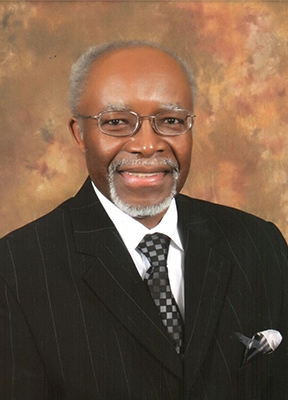 For 13 years, he was Doricles Cesar, a malnourished youngster who left school after six months to work as an unpaid houseboy in his native Haiti. His future seemed anything but certain, until he was spotted one day in 1962 by Orville and Lodie Vaughn, a retired couple doing missionary work in the poor island nation on behalf of Kokomo’s Second Missionary Baptist Church. The Vaughns arranged for the helpful and hopeful young man to return with them to the United States.

Doricles Cesar became Douglas Vaughn, and some 50 years on, Vaughn has indeed realized the promise of his adoptive parents in Indiana. Overcoming cultural, racial, and language challenges (when he arrived in 1963, he couldn’t speak or write English), Vaughn graduated from General Motors Institute (now known as Kettering University) in Michigan and the Kelley School of Business at Indiana University-Purdue University Indianapolis. A longtime successful business owner in Kokomo, Vaughn has never forgotten the circumstances of his youth or the conditions in his homeland.


He founded the “Haitian Environmental Support Program” in 1981, and since then H.E.S.P. group members and volunteers have made numerous mission trips to deliver supplies, establish funding sources, distribute earthquake relief, renovate schools, host vision clinics, and support various environmental efforts in Haiti. A partnership with the Lions Club International resulted in the distribution of 3,500 pairs of eyeglasses. Another project involved the installation of a water purification system to stem the spread of cholera in the water supply at Pilate, a community in north Haiti with some 40,000 residents.


Back home in Indiana, Vaughn and his Haitian-born wife, Lynn, have three children, and remain active in all sorts of fundraising and assistance-based endeavors. Today, H.E.S.P. actively sponsors 85 Haitian children (they started with two in the early years), providing food, clothing and educational supplies.


“Since I was tremendously blessed by God and the Vaughns,” he said, “I felt like I could make a positive difference in the life of at least one poor child in Haiti. Then my life wouldn’t be in vain and my purpose would be fulfilled.”