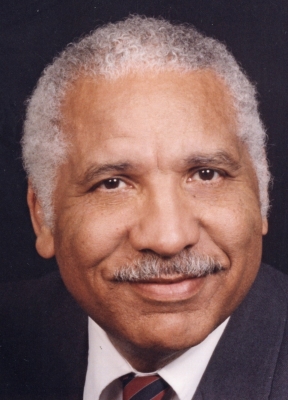 The number of lives touched by Dr. Herb Miller at Indiana University Kokomo are uncountable. His selection as a Sagamore of the Wabash in 2000 is a reflection of his impact, as is the 1993 IU Kokomo Distinguished Service Award, the Honorary Doctor of Humane Letters in 2002, and the Kokomo Hometown Hero Award in 2005.

Herb grew up in a segregated Indianapolis and graduated with honors, first from Crispus Attucks, where he is a member of the Crispus Attucks Hall of Fame, and then from Butler University, where he studied European languages. He enlisted in the Air Force, receiving more language training in Russian and Romanian, and worked as an interpreter for the USAF Intelligence Service in Germany and Austria. In total, he has mastered nine languages.

Returning home from Europe in 1956, he began graduate studies at Indiana University. Dr. Miller came to Kokomo in 1960 as IU’s first full-time African-American faculty member. In the beginning, he taught Russian, German and French language courses to students in the Seiberling Mansion, IU’s first home in Kokomo. At the time of his retirement, he was Professor of International Business and German. Through the years at IUK, Herb also taught Russian, Slavic languages, and linguistics, served as assistant dean of affairs, acting chancellor, dean of faculties, affirmative action officer, and special assistant to the chancellor. In 1959, he was chosen by the United States Information Agency as a Russian-speaking guide for an exchange of exhibits with the U.S.S.R., and in 1964 he again served USIA as a Romanian-speaking guide for an arts exchange exhibit in Romania. In 1968-69, he did post-doctoral research at Moscow State University and served as a leader of the teacher exchange program. In the mid-80’s, Herb taught international business at ARAMCO in Saudi Arabia. He has presided over a number of workshops and seminars on race relations, international affairs, and cultural sensitivity and has been active in Rotary, the NAACP, the Chamber of Commerce, and the historical society, and several other local organizations.