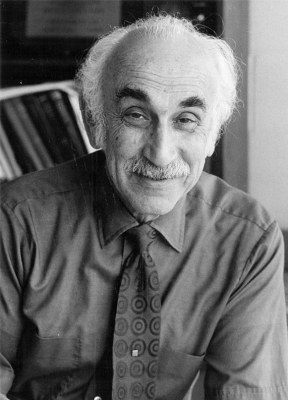 Dr. Irvin Borish has been referred to as the father of modern optometry and the architect of optometry, was voted “the most influential optometrist of our time” by readers of the Review of Optometry, and named the International Optometrist of the Year by the World Council of Optometry. His book Clinical Refraction was the definitive textbook of optometry for more than 40 years, and he holds five patents in the development of bifocal contact lenses. He may be better remembered in Howard County, though, for his 28 years as a practicing optometrist in Kokomo and his acting turns with Kokomo Civic Theatre.

Borish was born in New York in 1913, the son of Lithuanian immigrants, and graduated from the Northern Illinois School of Optometry. He remained at NICO as an instructor and began developing standards and evaluation systems for optometric education and published his first book, “Outline of Optometry”, in 1938. In 1944, he opened a practice Kokomo and used his down time to write “Clinical Refraction”, which was published in 1949. He was one of the founders of the Indiana University School of Optometry beginning in 1951, and commuted from Kokomo to Indianapolis for many years to serve as a visiting faculty member. Borish turned left his practice in 1972 and moved to Bloomington for a full-time position as professor of optometry, and spent ten years teaching clinical procedures and contact lenses. In 1982, he accepted an endowed chair at the University of Houston. Although officially retired in 1988, he kept up a busy schedule of international lectures and leadership roles in optometry organizations and schools. In 1994, the faculty at the IU School of Optometry voted unanimously to name its new research center the Borish Center for Opthalmic Research.

Dr. Borish has been granted five honorary degrees and has been honored by almost every organization involved in optometry. He has received the American Optometric Association’s two highest awards, and medals bearing his name are awarded each year to outstanding clinical students by the American Optometric Association and the American Academy of Optometry. His list of honors and awards is extensive, as is his impact on his chosen profession and the many millions who have benefited from his work.