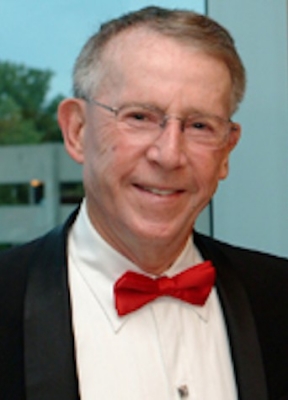 It’s unlikely that his classmates at Kokomo High School in the early 1940’s would have guessed where Bill Reed’s life would lead him. He took shop classes and seemed headed toward something in industry. After his 1945 graduation, he joined the Navy, and as his tour of duty was ending, Bill determined that he wanted to be a doctor. He took advantage of the GI Bill and enrolled in IU, attending evening classes and doing factory work in the morning. With persistence and hard work, he was admitted to the IU medical school. From IU, Dr. Reed accepted an internship at the University of Kansas Medical Center, and two years later was participating in the first open heart surgery there. In 1985, he performed the center’s first heart transplant and went on to become one of the top heart surgeons in the Midwest. Dr. Reed is the founder of Mid-America Thoracic & Cardiovascular Surgeons, which is now part of the university medical center. He has published scientific articles, taught at the university and is presently the Chair of the Cardiovascular Diseases Department.
There’s more to Dr. Reed than the “M.D.” behind his name. Along the way, he developed an interest in thoroughbreds, and established Stonecrest Farms south of Kansas City. Among his successful Breeder’s Cup racers was Perfect Drift, who won almost $4.7 million and finished third in the 2002 Kentucky Derby. In 2004, Dr. Reed and his wife, Mary, donated $1 million to help build the Center for Advanced Heart Care at the University of Kansas, and the Dr. William A. and Mary J. Reed Cardiovascular Surgery Center is named in their honor. In 2012, they pledged another $1.5 million toward the construction of the university’s Center for Advanced Heart Care. Then, in 2014, Reed became an author of something other than a scientific paper when he published “The Pulse of Hope – A Surgeon’s Memoir from Poverty to Prosperity” (available at thepulseofhope.com).
✖