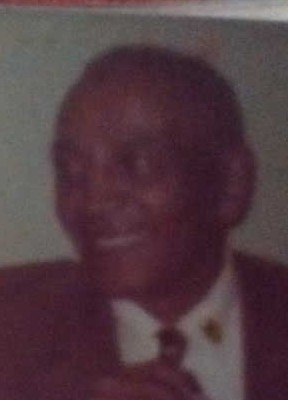 From an early age, he faced hatred.

When he was only nine years old, he talked his way out of being lynched in Middleton, Tennessee, after he tried to protect his family from being terrorized.

But when this grandson of a slave saw a white man later intervene to save a Black child from yet another lynch mob, the youngster learned that “all people do have some good in them,” and that “violence is hate, and hate breeds violence,” as he described it later in life.

Hollis King never let hatred win, and if history is the story of struggles and success, then King’s version makes him a towering local hero.

Champion of civil rights, preacher of progressive values, and fierce defender of freedom for all people, King’s life paralleled a crucial period of American history.

He came to Kokomo, Indiana, around 1916 as a teenager and found menial work in a local factory – “for Negroes and foreigners,” as the job descriptions put it then. He later sold life insurance and worked at the city parks department. Yet despite his modest work record, this washerwoman’s son with a 7th-grade education is today revered as perhaps the most influential leader for human justice in Howard County history.

Indeed, King’s contribution to the cause of civil rights in Kokomo is nothing less than a résumé of results. He helped organize a revived local chapter of the National Association for the Advancement of Colored People (NAACP) and 56 people gathered for its first meeting on Feb. 1, 1942, at Douglass School. For four decades, until his death in 1982 at the age of 82, most of the changes affecting racial policies in Kokomo were due to his galvanizing leadership. He was NAACP local chapter president for 18 years, served on the state NAACP board for nine years (three years as vice president), and spent 35 years with the branch executive committee.

King combined action with intellect. To combat a proliferation of racially motivated propaganda, he submitted an ordinance to the Kokomo City Council to outlaw the distribution of hate literature. Among his notable contributions were the creation of Kokomo’s Human Rights Commission, influencing the city to hire its first modern-era Black police officer and firefighter, and working to ensure African Americans had equal job opportunities in Kokomo’s manufacturing industry.

From the factory to the home, King focused on powerful – and peaceful – changes to help make the community better for all citizens. He led the effort to integrate city public housing and assisted in desegregating the public school system and the municipal swimming pool. He made voter registration a priority all of the time.

King’s philosophy is his legacy, with words worthy to be remembered and repeated by future generations: “Through concern we need to seek for proper understanding. When we find that, trust and respect follow. With action, may we all endeavor quickly to build bridges of understanding and not ditches of mistrust and prejudice.”

Learn more of Hollis King's story in this clip from our 2022 Inductee video.