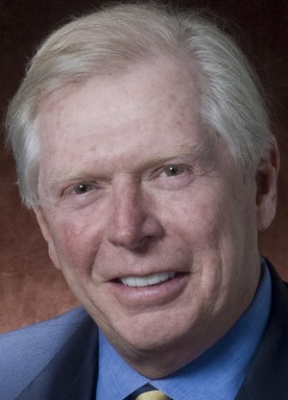 James Malone, born on December 2, 1942, graduated from Kokomo High School in 1961 and went on to graduate from Indiana University in 1965. He then attended Northwestern University's Kellogg School of Management and its Institute in International Management in Burgenstock, Switzerland, in 1981.
Known to friends and colleagues from around the country as the “Kokomo Kid,” Jim Malone has tried to live up to some guiding principles that come from the magic of being raised in a small, Midwestern town. Most importantly they are: work hard, stay current, expect much from yourself and surround yourself with the best people you can.
His business focus, repeated hundreds of times in many situations, is three simple words: profit, growth and fun. As a result, Jim has gained a reputation for providing firm, yet compassionate leadership in the midst of the most challenging environments, all the while maintaining his great sense of humor. Jim has served as chairman, president and CEO of five different Fortune 500 companies in as many different industries. In addition, he has managed, led or participated in more than 65 acquisitions and divestitures, led in- and out-of-court reorganizations, and created international and domestic joint ventures and strategic alliances.
Jim created the firm Qorval almost 10 years ago to provide financial and operational restructuring and leadership for companies undergoing transformation. Today Qorval is a leading provider of hands-on expertise for both domestic and international situations. In the last twelve months, Jim and Qorval's Associates have taken leadership and/or ownership roles in companies with $180 billion in assets and over 43,000 employees in 18 countries. In addition to being Qorval’s founding managing partner, he is chairman of the third largest underwriter of property insurance in America. He is also chairman and general partner of Boyne Capital, a midmarket private equity fund owning nine different companies throughout the country. Jim serves on the board of the nation’s tenth largest bank and on the board of Ametek, a New York Stock Exchange company with a market cap in excess of $8 billion. He also served as trustee and board member of the United Nations Business Council for 22 years.
Jim and his wife, Linda, currently reside in Naples, Florida, and are involved in a wide variety of community and philanthropic endeavors. They were founding trustees of the Naples Children and Education Foundation and co-chaired its 2007 fundraising event, the Naples Winter Wine Festival, which is the largest charity wine auction in the world. In addition to his wife, his family includes daughters Deanna and Lisa, sons Gabriel and Zach, and seven grandchildren.
Jim’s interests outside of business, family and charitable causes, all started in Kokomo. From stamp collecting, model railroading, golf, and travel to all parts of the globe, the confidence, values and whatever success he has enjoyed had its roots here in Kokomo.
✖