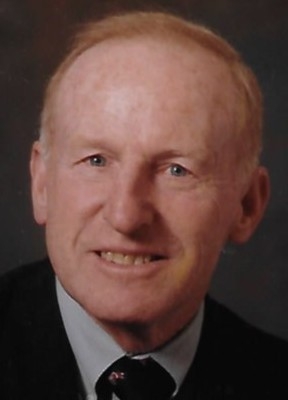 What do jet engines, Mars missions, the Space Shuttle, gas turbines, and chemical manufacturing plants have in common? All operate in extremely high-temperature and/or corrosive environments – and all depend on superalloys like those invented and manufactured at Haynes International in Kokomo, Indiana.

And Kokomo native and life-long resident Dr. H. Joseph Klein is the internationally recognized metallurgist whose leadership in the company’s research and development organization led to this industry-leading success. Every one of the applications mentioned above – and thousands more – depend on the kind of melting processes Dr. Klein was involved in perfecting.

In 1969, Dr. Klein began a 23-year career at what is now Haynes International. During that time, his leadership touched nearly every part of the company, from engineering to manufacturing to plant management to sales and marketing. Along the way, he earned 16 patents recognizing advances in the process technologies of Haynes materials, advances that dramatically reduced the cost and lead time of production. He oversaw implementation of a new mill using these processes here in Kokomo that was the largest expenditure Cabot Corporation, the parent company at that time, had ever made. He served as the division’s worldwide production manager and later as general manager of the Haynes High Temperature Alloy Business, working with customers around the globe. He is remembered for mentoring and guiding countless engineers in R&D, plant and market development areas who went on to great success at Haynes and other companies. Since 1993, he has owned and operated Newlon Metals, a ferrous and non-ferrous scrap metal recycling company based in Kokomo.

During his career, Dr. Klein served on the boards of a number of national and international metallurgical organizations and visited and spoke in the USSR and China in collaboration with the U.S. State Department. His work was honored with awards recognizing it as among the outstanding contributions in aerospace structural materials in the 1970s and one of the 100 most significant products developed in industrial research in 1975 and 1977. Dr. Klein has been honored as a distinguished alumnus of Purdue University and the University of Tennessee.

Dr. Klein has also been a very active volunteer in the Kokomo community, serving in leadership positions for St. Joseph Hospital, St. Vincent/Ascension, the YMCA, United Way of Howard County, and Kokomo Chamber of Commerce, among others. He has been a leading advisor at Purdue and a member of the Indiana Golf Association Board of Directors.

Dr. Klein and his wife Lynda raised five children in Kokomo and now enjoy following the activities of their 15(?) grandchildren. He continues to enjoy weekly breakfasts with fellow Haynes retirees and a round of golf almost every day.

Learn more of Dr. Klein's story in this clip from our 2022 Inductee video.