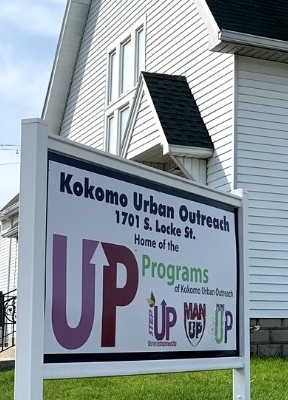 In 2017, the Hall of Legends Selection Committee decided to not only honor individuals but also organizations that have had profound and lasting impact on our Howard County community. In this historic moment of economic hardship for so many, the committee immediately considered selecting Kokomo Urban Outreach – and the team that has spent the last 15 years changing lives for the better – for the honor.

At the center of Kokomo Urban Outreach are the 4 R’s – “Respectful, Responsible, Reliable and Ready to work, to lead, to speak up and to solve problems in a positive way.” Its mission is to ensure that every young person in Howard County has the education, work ethics, and life skills needed to transition successfully into a self-reliant adult. Over its 15 years, Kokomo Urban Outreach has continued to evolve to meet community needs and improve the future for hundreds of local children.

After founding KUO in 2006, organizers quickly discovered that little could be done to realize these goals without first addressing the problem of hunger. Various programs, including a food bank, were created to make sure the young people of Kokomo had enough to eat.

For years, the food programs represented Kokomo Urban Outreach’s most visible impact on the community – from the 800,000 community meals served each year throughout the city to the Buddy Bags that provided food for low-income schoolchildren to eat over the weekend. More recently, KUO has worked to reshape its connection with the community, “changing the conversation” really. Rather than simply providing handouts to people in need, the organization began programs to help people become self-sustaining.

The evolution continued, as Kokomo Urban Outreach Executive Director Jeff Newton described in a 2016 Kokomo Tribune article. The program added an advisory board, made up of members of the program, designed to guide the effort.

“We’re trying to help people out of economic despair instead of helping people through it,” Newton said. So, KUO stopped serving the weekly dinners and took the funding that was used for the pantry and moved it to funding a Food Co-op, where, for a $10 fee, people learned to prepare meals they could cook throughout the week from ingredients KUO provided.

Most significantly, Kokomo Urban Outreach started new programs under the “UP” logo (for “Unlimited Potential”) to help empower young people to work for themselves. First came ManUP in 2016 followed by StepUP4Girls; both are geared toward teens and provide mentoring and tutoring as well as an opportunity for young people to earn gift cards for working in the community. Soon younger siblings of participants wanted to participate and MiniUP was created to prepare boys and girls ages 4 to 9 to enter regular ManUP or StepUP programs when they turn 10. Over the past four years, more than 400 young people between the ages of 4 and 18 have benefited from the UP programs.

The changes in the community have been noticeable, Newton said in another interview with the Tribune. Attitudes and grades have improved; hope for the future has been instilled. For the older participants, the UP programs offer an opportunity to learn how to work while also learning what it means to be paid for the work. Work crews “hired” by homeowners pull weeds, clean gutters, lay mulch, rake leaves. Donations and grants provide the funding to pay the workers. An UP woodshop and the UP Makers Space offer opportunity to learn skills while making products they then market in the UP boutique. Young people learn how to save money, budget, and set goals for the money they are earning.
KUO was begun with the support of Trinity United Methodist Church as an outreach to the neighborhood near the southside church at Home Avenue and South Locke Street. Since the church closed a few years ago and turned the building over to KUO, the nonprofit has created a community center where young people can study for classes, learn new skills, and enjoy sports and recreation. KUO also has operated a northside satellite location at a former church at Taylor and Purdum streets.

The adage “start while you’re young” is clearly imbedded in all the programs offered by Kokomo Urban Outreach. Learning life’s lessons as soon as possible gives kids confidence and security and starts them on the path to becoming a responsible adult. The dedicated staff and volunteers’ efforts are crucial in making each participant a better person and our community a better place to live.