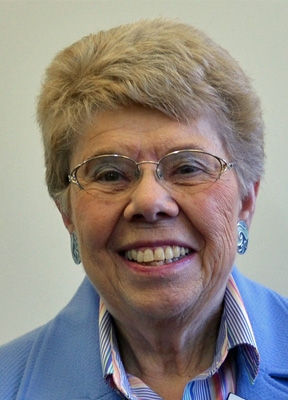 When Marilyn Skinner received Indiana’s most prestigious state honor -- the Sagamore of the Wabash – in 2013, it was a fitting milestone for a remarkable teacher and community volunteer who has devoted so much of her life to helping children prepare for success.

An advocate for early childhood development since starting her career as a teacher at Kokomo's Bon Air Elementary School in 1958, Skinner was soon learning to adapt to leadership roles herself. Moving from the classroom to administration, she became the first woman ever to serve as assistant principal, principal, and then assistant superintendent in the Kokomo public school system for 15 years before her retirement in 1996.

Kokomo-area students indeed benefited from her inspired dedication, and then new generations of students continued to benefit when the newly retired educator “failed at retirement” as she put it.

She started working again part-time with the Head Start program, which promotes school readiness of children under age 5. She then supervised student teachers for Indiana University; Purdue University; Ball State University, and Manchester College, before deciding it was time to "really retire." With a laugh, she admits she failed at it again.

She soon was back at work, serving as the first director of Indiana University Kokomo’s Center for Early Childhood Education, while staying visible as a volunteer, serving as board member and then president of the Howard County Mental Health Association, and helped United Way exceed its campaign fund-raising goal the year she served as campaign chair.

A longtime community and arts patron, Skinner has been involved in some capacity with many local agencies and organizations, ranging from the Salvation Army to the Howard County Community Foundation to Bona Vista Programs to the Kokomo Area Reading Council. She is a past president of the Howard County Historical Society.
Skinner earned bachelor’s and master’s degrees in education from Ball State University and a doctorate in education from Indiana University. Her many honors include The Indiana Commission for Women’s Torchbearer Award, and the Indiana Women of Achievement Award for Distinction in Early Childhood Education from the College of Sciences and Humanities at Ball State University.