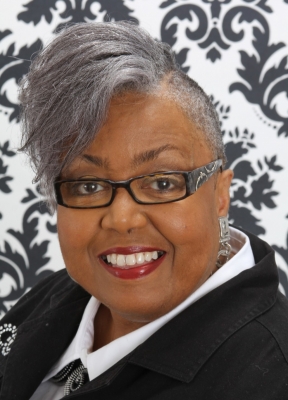 Marjorie Moon’s dad was a Navy man, her Mom was from Kokomo, and Kokomo is where she was born. She recalls happy memories from her time in Howard County and frequent family visits to Kokomo over the years. Her life is in New York now, where she is an accomplished theater producer and director.

Moon graduated from Ohio University in 1968 with a degree in music, earned her Master’s degree in Theatre from Temple University, and joined the drama faculty at Hampton Institute for three years. From there, she moved to CUNY’s Brooklyn College as an adjunct lecturer.  In 1975, Moon took over as Executive Director of the Billie Holiday Theatre in Brooklyn, a theatre that provides African-American playwrights, set designers, and performers the opportunity to develop their talents. Among the outstanding actors whose careers began at the BHT are Samuel L. Jackson and Debbie Allen, and Smokey Robinson’s first musical, Raisin’ Hell, was introduced at the BHT. The award-winning theatre is part of Restoration Plaza and the Bedford Stuyvesant Restoration project, which honored Marjorie at its 45th Anniversary gala in 2012.

During her career, Moon has produced more than 120 productions and toured several critically acclaimed productions to venues including Baltimore’s Lyric Opera House, Lincoln Center, to Washington DC’s Warner Theatre, and the historic Tacoma Theatre. Her production of Young, Gifted and Broke by Weldon Irvine won four prestigious AUDELCO awards, and Inacent Black by Marcus Hemphill, which debuted on her stage at the Billie Holiday, ended up on Broadway in a production starring Melba Moore. She has also directed more than 20 plays at the Billy Holiday, and served as guest director at theatres in Manhattan, Houston, Philadelphia, Washington D.C., and Tacoma.

Marjorie has received two Obie Awards, for Sustained Artistic Excellence and for Outstanding Work with Emerging Artists. She has served on the National Endowment for the Arts, New York and New Jersey Councils on the Arts, and the New York City Dept. of Cultural Affairs. She has been honored by the National Association of University Women Brooklyn Branch, National Black Theatre, International African Arts Festival, National Black Theatre Festival, among others. After 30 years of leadership, Marjorie now serves the Billy Holiday as Director Emeritus.