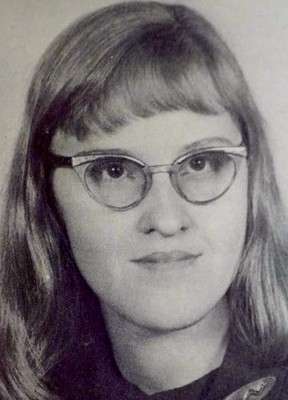 As the war in Vietnam raged on, members of the Friends Church, Quakers, looked for ways to live out their belief that war is wrong and that the lives of all people are to be valued. Dr. Marjorie Nelson, whose Quaker faith was forged in Kokomo’s Courtland Avenue Friends Church, decided she would travel to South Vietnam to, as her father said, “help the common people of Vietnam who are suffering through no fault of their own.”

She quickly became headline news, a 28-year-old woman from the American Midwest held by the Viet Cong as a prisoner of war.

Dr. Nelson was four months into a two-year stint in an American Friends Service Committee (AFSC) rehabilitation center in Quang Ngai when she went to visit an American friend about 30 miles away in Hue. On Feb. 9, 1968, the two women disappeared during the bombing of the Viet Cong’s Tet Offensive. On Feb. 11, the Kokomo Tribune reported that Mr. and Mrs. Earl Nelson were anxiously awaiting word about their daughter. The Feb. 12 story said there was still no word and that U.S. Senator Birch Bayh of Indiana, who had spoken with Dr. Nelson during a recent visit to Vietnam, was making inquiries. A page 1 story on Feb. 25 said the AFSC was reporting Dr. Nelson might be a captive of the enemy. On March 31, a front story trumpeted the news that the Viet Cong were releasing the Kokomo doctor and her companion.

What happened in those 57 days of captivity was a testament to Dr. Nelson’s abiding faith and her love of all people. She and her friend endured cold rainy nights sleeping outside, trekked through the jungle with little food or water, and survived dysentery. But Dr. Nelson had learned enough Vietnamese to communicate with her captors and they expressed respect for her work. She came back with reports of compassionate treatment, of connecting with the humanity of “the enemy,” of friendships that would survive the war. It began a lifetime of service in promoting peace and justice.

Dr. Nelson was born June 14, 1939, in Kokomo. At Courtland Avenue Friends, she felt led to a life as a medical missionary. There she was introduced to the idea of becoming a doctor, an unexpected career path for a woman in the 1950s. She graduated in 1956 from Kokomo High School at the age of 16, Earlham College in 1960 and the Indiana University School of Medicine in 1964, later earning a master’s degree in public health from Yale University. Her brother Beryl was also a participant in the Quaker protest of the war, a volunteer crew member on a 50-foot ketch that sailed around Southeast Asia to bring medical equipment to both North and South Vietnam.

Dr. Nelson recorded her and her brother’s experiences in a book of memoirs titled “To Live in Peace in Midst of the Vietnam War,” available on Amazon.

Dr. Nelson retired in June 2009 after 32 years of teaching medical students at Ohio University in Athens, Ohio. After retirement, for several years she traveled to Quang Ngai province in Vietnam, where she volunteered with Madison Quakers Inc. She now lives in Foxdale, a Quaker Continuous Care Retirement Community in State College, Pennsylvania.