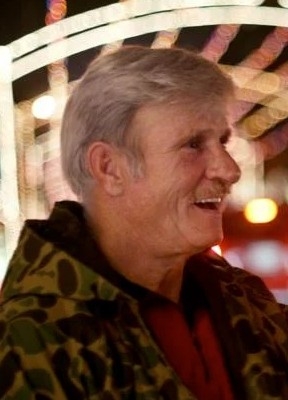 When it ended and the lights were extinguished for the last time in 2020, well over a million dollars had been raised, and thousands of people’s lives were better.

Spread across seven city lots on the north side of Kokomo, Indiana, the annual Christmas lights and displays event known as We Care Park had dazzled and delighted visitors from all around the United States for 27 years. And it was quite a show each year. Besides about a million lights, there were wreaths and trees, an enormous stuffed teddy bear and fire-breathing dragons, amusement rides and a Ferris wheel, and a live-action Santa and Mrs. Claus in their house. One part of the park was dedicated to military veterans, and each year an honored guest was invited to “flip-the-switch” turning on the Christmas lights, very often a child suffering from cancer or other life-threatening condition.

The money it raised – every dime of it donated by those who came to see the show – all went to We Care, a nationally recognized Kokomo non-profit that raises money each year to support social services at Christmas time. (The We Care organization was a Hall of Legends inductee in 2018.)

Mike Wyant, who started the project in his garage with his brother Ralph in 1995, is quick to acknowledge all the help he’s had – from his own family to the countless friends, community groups and local businesses, who all generously volunteered their time, talent and resources to test the bulbs and dust off the displays each year in time for the holidays. Their collective efforts resulted in record fundraising for We Care, extensive local and even national media attention, and earned Wyant the state’s prestigious Sagamore of the Wabash honor, along with numerous other awards and much acclaim.

Wyant maintains that he couldn’t have done it alone, but there’s no doubt that without Mike, there would have been no show. Helping others is as essential as breathing to him, a lesson he learned from his parents. Paul and Mary Wyant had 16 children (Mike, born in 1945, was number 11). From an early age,everyone worked. The family economics went like this: If you made $5 picking tomatoes for a local farmer, half of it went back to their mother. The large family had to move around a lot, usually renting, sometimes struggling, somehow surviving. Life was so lean that young Mike didn’t even know what lunch was until he started school.

To find steadier work, a 17-year-old Wyant eventually talked his way onto the midnight shift at a large printing and bindery factory. One month before dying of cancer, his steelworker father then directed him to the employment office at Continental Steel Corporation and that first day stretched into 22 years at the mill.

His other hours were devoted to Mike’s Sewer Service and plumbing business, still going strong after some 60 years in Howard County. Wyant also made time to be a voice for the First District with 17 years on Kokomo Common Council and is a familiar face on the city’s Redevelopment Commission.

Retired now, Mike and his wife, Nancy, have 55 years of marriage memories, grown children and three grandchildren to celebrate. He still speaks to schools and civic groups, encouraging everyone he meets to find a way to contribute to the community. The message he learned as a boy remains the same today: “Give back. It makes your heart feel full.”