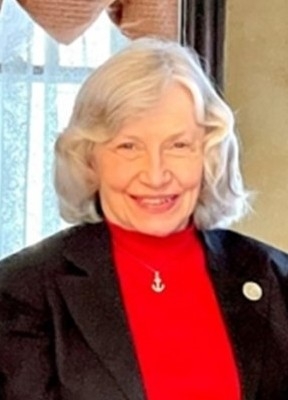 For more than 28 years, CAM (Coordinated Associated Ministries) has served the homeless and the needy, and kept their stories in front of those more fortunate. But the story started long before CAM was created.

Ruth Lawson was born in Kentucky in 1948 and, as she has written, grew up with a loving and secure family of a mother, a father, a brother, and a sister. Her father was a minister who started churches; his calling took him, and his family, to churches in Kentucky, Florida, and Michigan. Ruth was raised that life was lived on the belief, that “only that which is eternal shall last.” There were always extra people living in their home; loving and ministry, she says, were as natural as breathing. At the age of 11, Ruth began playing piano/organ in church; by 13, she was playing piano for a Spanish mission in a condemned building in Detroit. At age 16, she read “The Cross and the Switchblade” and knew, she says, that someday, the Lord would call her to a city ministry. She and Bob Lawson, married in 1967, lived in Tennessee, Nebraska, Kentucky, and Sullivan and Jeffersonville, Indiana, before moving to Kokomo in 1983. Ruth earned a degree from the University of Louisville School of Music and, with her husband, began a career in ministry; Ruth’s ordination is with American Baptist Churches USA. After serving in music ministries at First Baptist Church in Jeffersonville, First Baptist in Kokomo, and Market Street Methodist Church in Logansport, Bob and Ruth were co-pastors of Liberty Baptist Church in Groomsville, Indiana, from 1991 to 2017.

In 1983, Bob began a counseling practice, which continues today. The Lawsons have three sons and, over the years, helped raise some 34 kids (mostly teenagers). But opening their home to create family for people was just the start for Ruth. In 1976, she helped found the Ministerial Jail Visitation Committee in Jeffersonville, and in 1984, the MUFF – Ministerial Utility Fuel Fund in Howard County. In May 1993, Ruth became founder of CAM – Coordinated Assistance Ministries, Inc., with a simple mission: to meet the needs not being met. The acronym CAM developed from a task force of Howard County church leaders who took up the challenge to replace and expand on a drop-in center for the homeless that had been established by the Center Township Trustee. Using an automotive metaphor, CAM would serve as the “cam” linking the parts of an “engine” with the power to make things happen for the community’s needy. An integral part of the community, CAM provides a place where the homeless can come in for a shower, an opportunity to wash their clothes, computer access, and friendship. It also can serve as their “payee representative” to help them manage their income properly and pay their bills. A key to its success has been the tradition of clients giving to others; during their intake process, CAM asks if the new client, having been helped, would be willing to come back and help others. Ruth served as CAM executive director for 26 years, always adding services to meet new needs. In 2007, the Bill Hudson Project was launched, with six beds available for homeless men to rent for $5 a night. In 2009, the Family Hope Center was started to provide an emergency shelter for intact families. In 2011, Ruth started a permanent housing program, making trailers and homes available to families who are homeless and near homeless. Serena House provided a shelter for young women for several years. Today, CAM still sees more than 1,000 people a year through the drop-in shelter, serves as a payee for more than 50 households, houses 30 people nightly, and assists the ill and elderly as guardians. In 2019, Ruth turned the reins over to a new executive director, remaining on the CAM staff as director of church relations. She is proud of the program she nurtured, but she says CAM’s success is the product of a supportive community and clients who continue to help the nonprofit long after they’ve been helped. As Ruth has written: “Luke 12:48b says, ‘From everyone who has been given much, much will be demanded; and from the one who has been entrusted with much, much more will be asked.’ The privilege and blessing of working at CAM are a wonderful gift from God.”