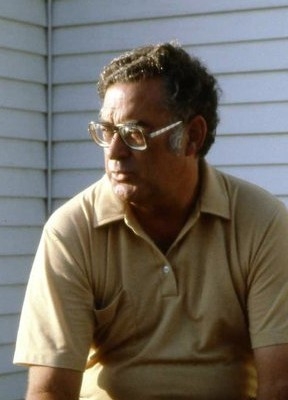 The First Amendment. Freedom of the press. The public’s right to know.

For Kokomo native Richard Wyatt Cardwell, these three concepts came together in a legendary career committed to the highest principles of law and journalism and a vision of better government at every level. Over a 50-year span, Dick Cardwell became known as a staunch defender of freedom and the father of Indiana’s “Open Door” law establishing the public’s right to attend government meetings.

Raised in Kokomo, Dick excelled at sports as a child and was a three-sport letterman at Kokomo High School (Class of 1951). At Indiana University, he was a good enough athlete to participate in three varsity sports, football, basketball and golf, but it was in the classroom and the newsroom that he found his calling. In 1955, he graduated from IU with a double major in journalism and government; in 1958, he graduated from the Indiana University School of Law with a doctor of jurisprudence. Dick combined his love of journalism and the First Amendment by defending newspapers and freedom of the press as the general counsel and executive director of the Indiana State Press Association for more than 35 years.

Dick’s distinguished career included serving as chairman of the board of publications of Indiana University and on the committee on public notice advertising for the National Newspaper Association. He was the primary author of the Indiana Open Door Law and Access to Public Records Act, enacted and signed into law in 1979, and he represented the newspaper industry before the Indiana General Assembly on First Amendment causes throughout much of his career. He also served as a member of the Indiana Supreme Court Committee on Character and Fitness from 1974-1982 and 1990-1998.

Dick won numerous awards including the Distinguished Service Award from the Indiana Press Club, the Friend of Freedom Award from the Indiana Professional Chapter of Professional Journalists Sigma Delta Chi, Indiana Newspaper Publisher’s First Freedom Award, and the Consumer Protection Services Award for Service. In 1980, Dick was awarded “The Sagamore of the Wabash” by Gov. Otis Bowen, the highest honor bestowed on a citizen of the state.

In 1982, Dick was inducted into the Indiana Journalism Hall of Fame. Here’s an excerpt from that announcement:

“As general counsel of the Hoosier State Press Association since 1961, Richard Cardwell has the job of attending to legal concerns of interest to the association. He has gone far beyond the mere perfunctory performance of his duties; however, because of his interest in journalism and his demonstrated awareness of the role that freedom of the press plays in our political system, he has become not only the leading spokesman for journalism in Indiana but a state and national leader involved in various aspects of journalism as well.”

Dick also was known as a loving husband, father, son, brother, writer, poet, golfer, and friend to everyone he met. He and his wife Marcia Huston began a life-long relationship in middle school that lasted more than 70 years, including 63 years of marriage. He passed away September 1, 2020, at the age of 86, survived by four children, 11 grandchildren and 11 great-grandchildren.

A video tribute of Richard Cardwell can be seen here.