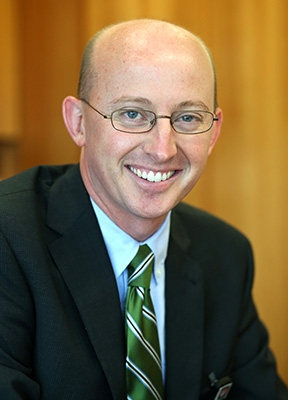 Kokomo-native Ryan Kitchell dedicated himself to a career in public service and later healthcare administration stems after a college friend died of cancer. Honing his financial acumen through a series of work assignments and life events that have taken him from Wall Street to the Indiana governor’s office, Kitchell – whose first paying job was a Kokomo Tribune paper route -- in 2017 was named executive vice president and chief administrative officer for Indianapolis-based Indiana University Health.

With impressive credentials (he has an MBA from Dartmouth) and corporate treasury experience in Chicago, New York and with Eli Lilly and Company in Indianapolis, at IU Health Kitchell he is seen as a “thoughtful team builder,” currently managing departments including human resources, government affairs, information services, and marketing in an institution that invests more than $500 million annually in community-benefit measures that serve some 1 million Indiana residents.


He brings a wealth of insight to his job and sees his role as that of “a coach,” helping develop others and then enjoying seeing them succeed.

Notable names in Kitchell’s own career trajectory include former Indiana Governor Mitchell E. Daniels Jr., who praised Kitchell’s service and dedication as public finance director and then director of the state’s Office of Management and Budget (OMB). Kitchell’s contribution from 2005 to 2010, according to Daniels, was “invaluable” in terms of overseeing a $20 billion biennial budget, improving Indiana’s infrastructure investment, and building up the state’s cash reserves. “Hoosiers were fortunate to have a public servant so dedicated to the financial well-being of our state,” Daniels said.