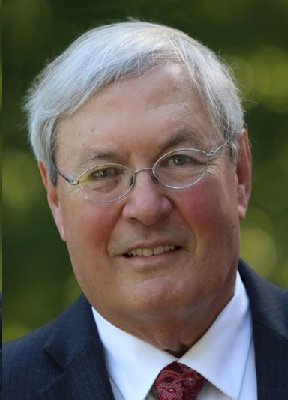 Sam Rhine is a college professor from Howard County, Indiana, whose knowledge of his subject routinely generates standing-room-only audiences eager to hear him speak in locations around the world – from Toronto to Tokyo, Prague to Nairobi. He has filled auditoriums and assembly halls and is repeatedly invited back. He even receives what amounts to “fan mail” from enthralled and inspired students -- and their parents -- who appreciate his common-sense approach and lucid lectures.

What subject rivets the listeners of this 1964 Western High School graduate? Artificial intelligence? Self-driving cars? Some other trending topic? Nope. Sam Rhine’s passion is the science of biology.

After earning a master’s degree from Indiana University in 1972, Rhine learned early on that biology, when properly presented, can be easily grasped in a real-world context. As a graduate student at IU and later at Harvard University, he discovered that high school students became receptive and responsive when real life issues were explored through the filter of biology. He eventually was presenting whole-school convocations to hundreds of students on two main topics: prevention of birth defects ("The Most Important Nine Months of Your Life") and prevention of AIDS ("Say 'Know' to AIDS”).

Most recently, the long-time IU professor has focused on Genetic Update Conferences (GUCs), one-day events for biology teachers and students that present the latest in genetic advances, research areas, and career opportunities. A sample of the seminar reactions: “(A)bsolutely amazed me”; “We are still using class time to discuss the various topics you covered and are they engaged!”; “Thank you for inspiring my son!"

Rhine is notably well-regarded among peers; one education expert even described him as "one of the most effective human genetics educators in America today.”

After 30-plus years teaching, two honors exemplify his standing in his field. In November 1997, Rhine received the “Honorary Member Award” from the National Association of Biology Teachers, which is presented to one teacher annually as the "highest honor we bestow on members of our profession.” In February 2007, he received the exclusive “Distinguished Hoosier Scholar Award” from the Hoosier Association of Science Teachers Inc., which honors native Hoosiers for outstanding commitment to science education and has only been given three times in the association’s 40-year history.

Sam and his wife of 46 years live in Fishers. They have two children and eight grandchildren.
✖