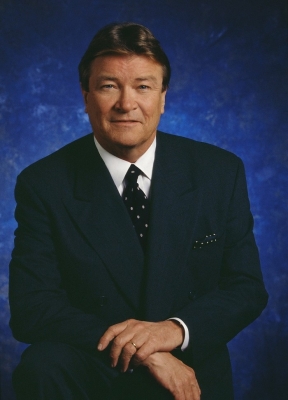 Journalist Steve Kroft may be one of Kokomo’s most famous former residents, as his face and voice have been broadcast to all corners of the world.
Steve attended Kokomo High School, went on to Syracuse University and later obtained his master’s degree from Columbia University. He served in the U.S. Army during Vietnam and during his time there worked as a reporter for the Pacific Stars and Stripes. CBS named him a 60 Minutes correspondent in May 1989, and he delivered his first report that September. Since then, his broadcasts have been consistently commended for their hard-hitting and compelling style.
Steve was the first correspondent to win two Peabody Awards in the same year – one for a story on the vulnerability of crucial infrastructures, like the power grid, to computer hackers and the other for a piece investigating the enormous sums of money spent prolonging the lives of dying Americans. In total, he has been the recipient of five Peabody Awards, ten Emmys and scores of other awards, including the Lifetime Achievement Emmy that he received in 2003.
Steve lives in Sag Harbor, New York, with his wife, Jennet, and son, John.
✖