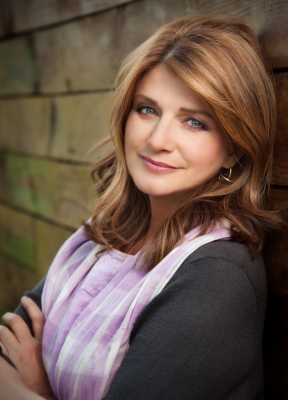 She was only 3 years old when she sang in public for the first time – at her aunt’s church in Forest - but Sylvia Kirby knew then and there that she was going to be singer. She had to finish up a few things first, like elementary school at Jefferson and Meridian schools, junior high at Elwood Haynes, and high school at Northwestern (Class of ’75). After graduation, she packed her demo tape and headed for the bright lights and recording studios in Nashville, Tennessee. Fame and fortune take time, so she found work as a secretary in the office of a record producer and as a studio back-up singer. Twenty years after that first performance in church, Sylvia signed a recording contract with RCA.

During eight years with RCA, Sylvia sold over 4 million albums and performed more than 200 concerts a year. Her two biggest hits, both reaching #1, were “Drifter” in 1981 and “Nobody” in 1982, and nine others made it to top ten status, including “Tumbleweed”, “Matador”, and “Snapshot” among others. “Matador” became country music’s first concept video. “Nobody” sold over 2 million singles, earned Sylvia a Grammy nomination in 1982 and became one of the few country music hits to cross-over to the pop charts. Its success made her Billboard magazine’s #1 Country Female Artist of 1982 and earned her the BMI Song of the Year title for achieving more radio airplay than any other song. That same year, she was named the Female Vocalist of the Year by the Academy of Country Music.

In the late 80’s, country music was changing and Sylvia chose to change as well, developing her own voice as a songwriter and producer. She also found work as a life coach, helping others in the music industry grow personally and professionally. From her childhood home on Ohio Street to her life in Nashville, the love of singing never faded. Sylvia continued to develop her vocal talent, started her own independent record label, began performing again, and released a new album in October 2016.