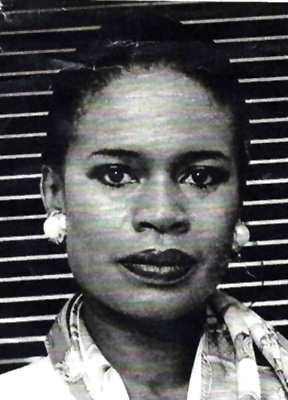 As an African-American woman lawyer in Indianapolis in the 1970s, Yvonne Ferguson Watkins was a legal trailblazer. Early in her career, she was one of only three women of color practicing criminal law in Indianapolis and she made a name for herself by fighting injustices and donating her time and talents to people who had no voice.

Ferguson Watkins grew up in Kokomo, the oldest of 10 children, and attended Kokomo Public Schools. An excellent and ambitious student, she graduated from Kokomo High School in 1963 at the age of 16 and began college at Indiana University Kokomo. She went on to earn her bachelor’s degree from IU Bloomington followed by a law degree in 1972 from IU’s School of Law.


Working with Indiana Congresswoman Julia Carson, then Marion County’s Center Township trustee, Ferguson Watkins was a leader in such civic-minded activities as the Annual Shop for a Child Christmas Campaign, Operation Big Vote, Indiana Black Expo, Circle City Classic, Jack and Jill Incorporated and her favorite, the Mozell Sanders Foundation. She was the original host of radio station WTLC’s Legally Speaking, where she and other local legal experts provided free legal advice.


Her credits include serving as president of the Indianapolis Professional Association and being a lifetime member of the Marion County Bar Association, Indiana Trial Lawyers, and Indiana State Bar Association. Active in Democratic politics in Indianapolis, she was a delegate to the Democratic National Convention twice, in 1977 for President Jimmy Carter and in 1993 for President Bill Clinton, and visited the White House. She was a member of Operation Push with Jesse Jackson and worked on campaigns for former Governor and Senator Evan Bayh and Congressman Andre Carson. She said one of her proudest political efforts was her involvement with the Ohio campaign and election of President Barack Obama.