The “Treaty with the Miami, 1840” (“Forks of the Wabash” Nov. 28, 1840) was a devastating boulder dropped on that Miami pond of history, causing waves that are still felt today. Not only had the tribe ceded the last of their lands (except for individual and family reserves), but Article 8 of the treaty defined their future grimly: to “remove to the country assigned them west of the Mississippi, within five years of this date.”

Article 10 of the 1840 treaty set aside seven sections of land (including one in Howard County) for Richardville, and one – “at the rapids of Wildcat”* – to Richardville’s son-in-law and successor as principal chief, Francis Lafontaine.

(*Research published in 2008 shows “Wildcat Creek” was not named for Richardville, although his Miami-Illinois name was indeed Pinšiwa. In “Native American Place-Names of Indiana,” Indiana University linguist Michael McCafferty says the name refers to a geological feature of the mouth of the Wildcat Creek called pinšiwa-amootayi, literally “belly of the bobcat.” Thus Pinšiwaamootayi siipiiwi in English was “Wildcat Paunch Creek,” eventually shortened to “Wildcat Creek.” Documented 18th-century sources for these names predate the Miami chief.)

Neither Lafontaine nor Richardville ever lived on their reserves in Howard County, and the section Lafontaine “surveyed under his direction” sometime in 1841 was transferred by “indenture” deed that October to Allen Hamilton. A Fort Wayne banker, merchant, Indian agent and one-term state senator, Hamilton operated “the most powerful trading-house” on the Upper Wabash and had been not only Chief Richardville’s “business advisor,” but his “confidential friend.” When Richardville died in 1841, most of his land holdings transferred to Hamilton. Hamilton and Lafontaine also jointly maintained an extensive portfolio of properties throughout Myaamionki in the Wabash Valley.

Hamilton held onto the “Lafontaine Reserve No. 6” for two years and two months, transferring the title by “deed of conveyance” on Jan. 17, 1844, to a 36-year-old cabinet-maker from Virginia who two years earlier had tramped through the woods with his 29-year-old wife and six children, ages 10 down to an infant. Their home was a combination cabin/trading post in a clearing about a hundred yards north of the “rapids of Wildcat” right in the heart of the reserve section they now owned. His name was David Foster. 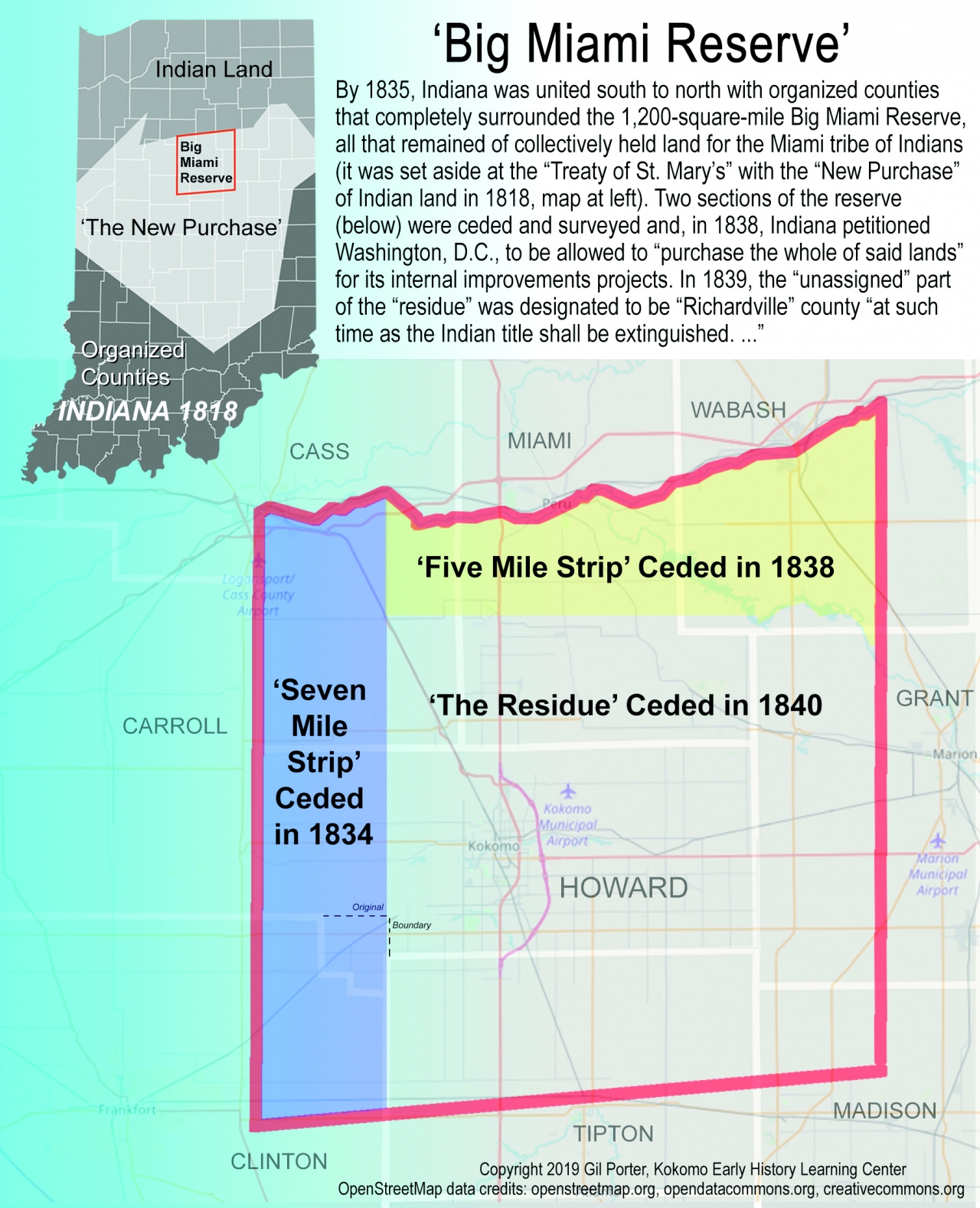 Next - Part Three: Residue of the Reserve
✖